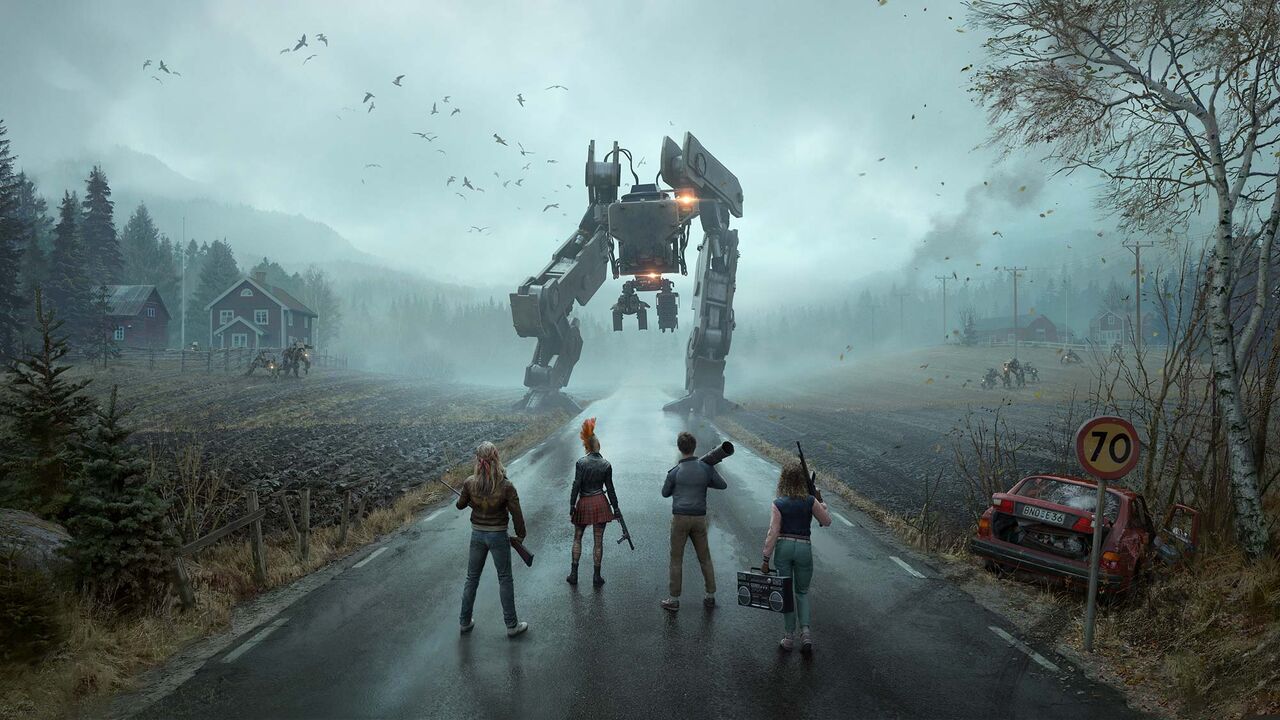 What's on your mind?

Hi! Another wave of edits is coming to this wiki. I've created a Trello board to keep track of upcoming tasks that will be completed. You can find it here: https://trello.com/b/Y5r8twMJ/gz-wiki

If you would like to contribute, please send me your Trello username and I will add you to the board.

It would also be cool if you could join the Discord server at https://discord.gg/generationzero so I can add you to the Wiki Team chat, where we exchange Tips and stuff.

Anybody know a good strategy for defeating tanks?

So I was playing Gen. Zero but my computer died and I had to completely restart the game because my data became corrupted. After Completing the Clear The Farm mission I had a weird bug where I endlessly fell through the map. This bug carried over between fast travels. I also ran into a bug with the Gas Factory mission where when I destroyed the Gas Tanks the mission did not record it.

Does anyone know where to find a Reaper. I want to see one

Any chance you could create more variations of Machines Types to kill, maybe a burrowing one or a fixed sniper unit or a couple of flying ones. Even a couple of Human / machine Hybrids would be a bonus..

I'm trying to figure out how much xp you need to level up for each level to put in this wiki. I know this is a lot, but if anyone could comment the player level, amount of xp of their characters, and your platform (PS4, Xbox, PC(it might be different between platforms, Idk)) that'd be awesome. Any level helps, regardless if you've just started. The more variety, the better. Thanks!

Nice place... Started editing here, so I hope suddenly you don't see the entire site crash, because I messed something up.

I guess this place needs some groundwork to catch up, but I feel after we could add some interesting discoveries that aren't documented... Like what the environment tells us to piece the story together.

Someone tel me how to use mouse and keyboard on xbox

Has anyone came across a cave with animals sounds in it? Maybe a reference to The Hunter: Call Of The Wild ?? I didn't hear those sounds anywhere in the game.

So, I have another idea for Generation Zero. My idea for the next monthly update, would be a near robot, celebrating Generation Zero's Anniversary. This new robot would be a new flying machine, and if it's added I'll allow the community/devs to name it. The new robot would be armed with a knife, that is to be used at closed range, and would attack the player if it's above the player. The other weapon would be a sniper, but there would be a laser sight, to make the player aware that something is stalking them. Or, the new robot could have a new weapon, that I'm not thinking of. The speed would be somewhat in-between a Seeker, and a Hunter. The size of the robot would be similar to a dog, but bigger, since the sniper would to be armed on the robot. Anyways, that's my idea for a new robot type.

I think for the next update (which also may be an anniversary update) would be an update for respawning. The idea I have, would be able to respawn to the nearest safehouse, just by the click of a button/key. Like if you were to press X, Square, or Space, would allow the player to respawn to the nearest safehouse, depending on the death player's location.

Okay, who here didn't think to make a page listing the numerous Easter Eggs hidden throughout this Gem of a game? Not even a mention of the Darks Souls Bonfire easter egg I have seen and found? I mean it's in the first part of the Archipelago region that you spawn in at the start. If you simply follow the southern coastline, just before you cross under the bridge is a .270 Hunting Rifle sticking up out of a fire ring, which will begin to burn once you get close enough. Go look for it if you think I'm joking.

Can someone please tell me how to initiate this mission? Wiki says something about some relay towers being destroyed, and going to Analstet and I have gone there and there is no boat at the jetty. So is it a glitch in the game or is it something I have to do before?

I finished all the missions and reached the level cap with one character, now I'm wanting to start a new character where I can play the missions again. What would I delete? I play ps4

If anyone knows where the apocalypse class robots spawn on the mainland, please tell me. I need to find and eliminate them.

A few days ago, i got on and tried to get in the game. i did load in but then the screen went black and i couldn't get into the inventory or pause menu. i refreshed my console and that didn't work. Any idea's?

I cannot find the house the with the note on the refrigerator -4417, 845 according to this wiki. No house at those co-ordinates. I have searched Klinte top to bottom at surrounding areas

Anyone know the co-ordinates please? TIA =)

Top of the World
Guidelines